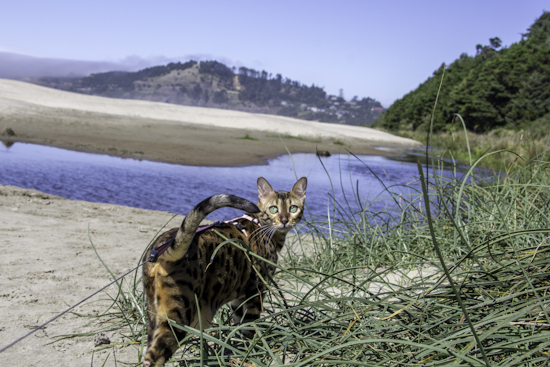 We took the kitty girls to the coast over the labor day weekend. It was their first time there and the longest car ride we'd taken them on since the day we brought them home. Mika took to it right away and had fun exploring a very grassy hill when we first arrived. 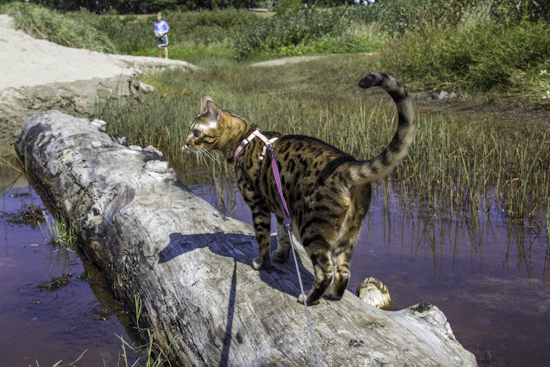 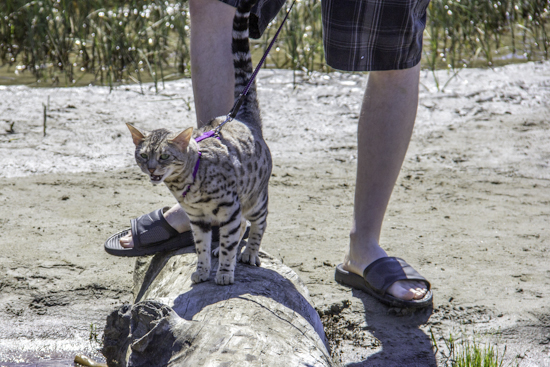 Mochi took a little more convincing. She kept trying to go back to the car until we carried her away from that area. Both girls stuck close to the grass line after that but had no problem moving forward. I think the wide open stretch of sand was a little intimating. 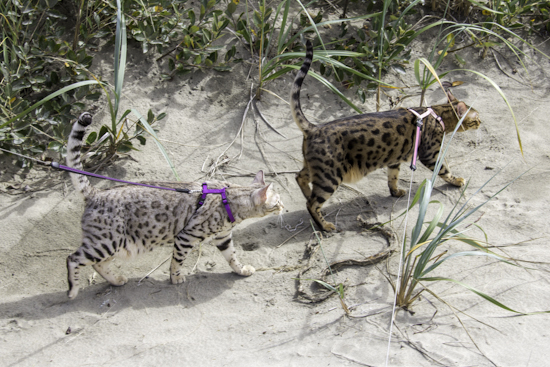 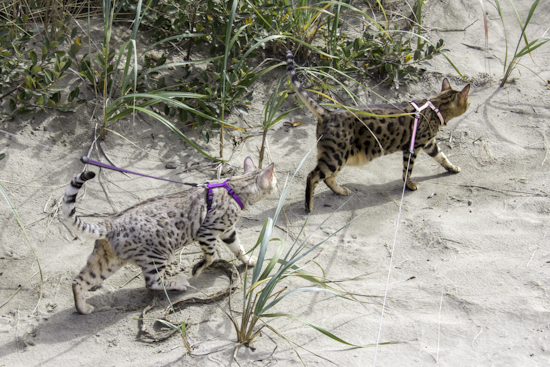 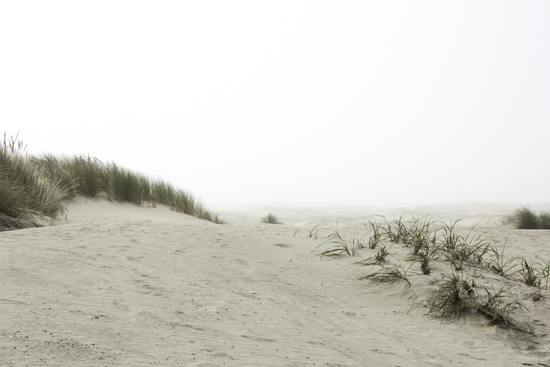 It was fairly clear when we arrived, but a thick white fog rolled in not too long after we got there. It limited visibility but it was beautiful and made the beach feel a little more private. 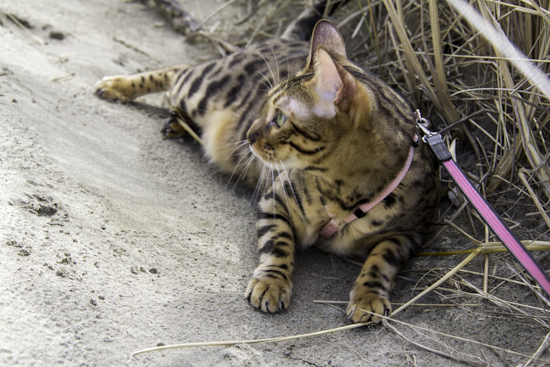 Mika was pretty good at finding cool damp spots of sand to rest in when she was worn out from walking. The girls would also sometimes dig shelves to sit on when they needed a rest, which was kind of hilarious. I didn't manage to capture any of those though. 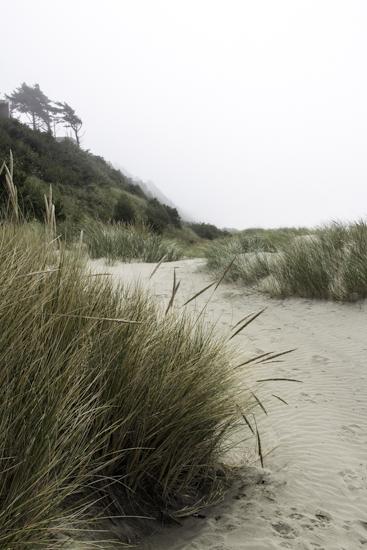 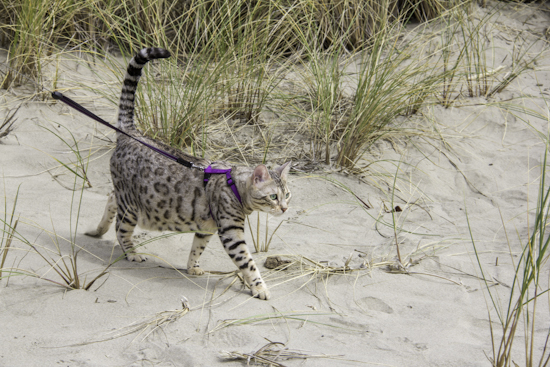 Mika and Mochi both kept a pretty steady walking pace. They took very few stops to rest along the way, unlike a typical park outing. Everything was too new and interesting to waste time stopping to relax. 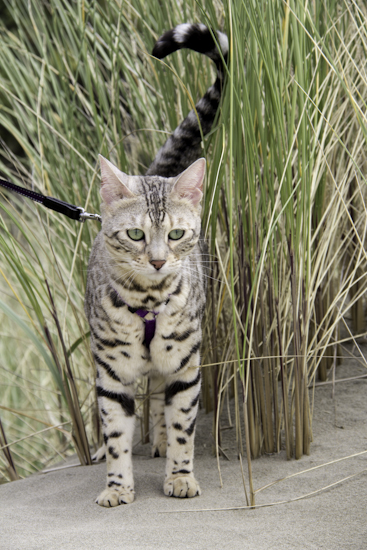 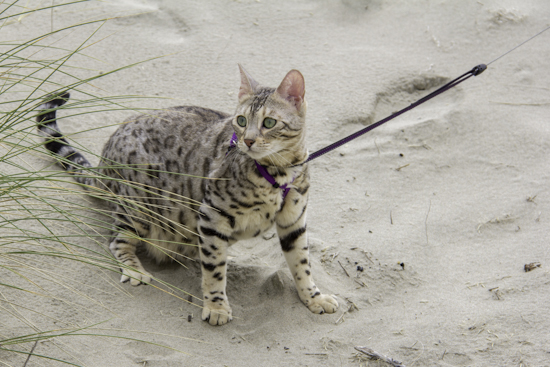 Standing in the sand could be a little awkward sometimes, especially on hills. They slipped around a bit, but didn't seem to mind. 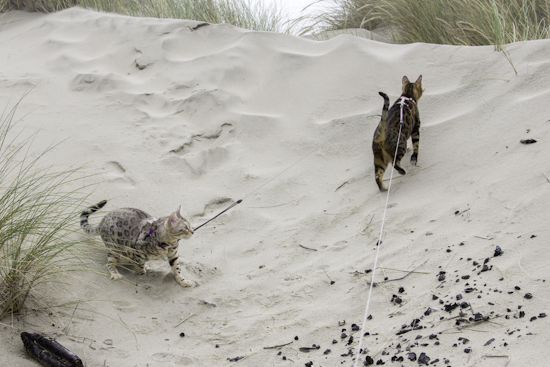 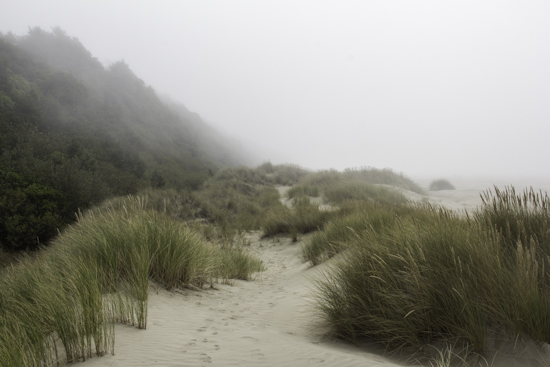 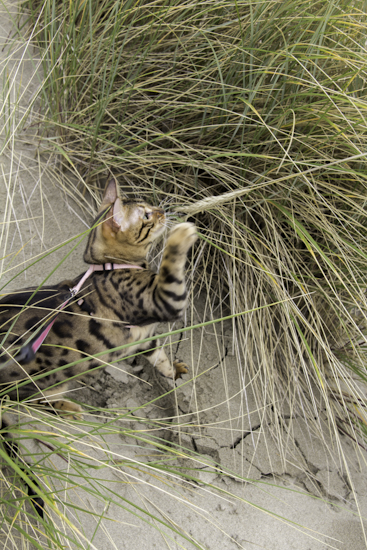 No outing is complete without a little bit of "stick game" with Mika, although we had to improvise a bit on the stick part. She seemed equally as keen on the long grasses, but less so on the sand that kept poofing up in her face when she'd land. Didn't stop her from attacking though! 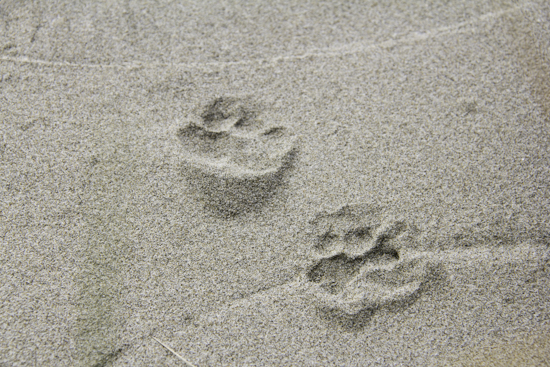 We took Mika and Mochi out to the water to experience the ocean itself, but that's a post for another day.